I just thought I'd share my recent experience.
The car sat all winter (outside). I recently fired it up to move it around and start some work on it for the upcoming (maybe) season at the drag strip. It was hard to start and ran horrible, was backfiring and barley would stay running. I checked things out visually and found a vacuum cap was dry rotted and I sprayed carb cleaner on it while it was barely running. Confirmed vacuum leak. I put a new cap on then it wouldn't start. It would fire but die instantly. So I confirmed spark and fuel. Looked good so I pulled the cap back off. It started and ran horrible again. So I checked PCV valve. It was rattling and not plugged up. There is a little mesh screen under the PCV and it wasn't clogged. So for some reason it wanted more air. So I checked the OBD1 codes. Nothing (related to my problem). It was a 5 speed and now a C4 so it was confused about not having a switch on clutch pedal. Anyway, next step was to check timing. Pulled the the spout connecter (which locks out the computer adjusting the timing). Timing was okay.
I read that you could unplug a lot of the sensors to determine if it's computer or mechanical so I systematically tried unplugging things. It really didn't like anything to be unplugged except the TPS. So I checked the voltage. It's supposed to be .99v with a small range. It was .85 so I left it alone but it actually ran pretty well with it unplugged. TPS doesn't seem like a legit thing to be a problem and a new one was about $40 so I was thinking it had to be something else. I was tinkering with it and my son came out to see what I was doing. I explained all of this to him. He took a look at the connector and said it looked corroded. I looked as well and agreed. So I poured some vinegar in a small container and put both ends of the connecter while unplugged in the vinegar. Plugged it back in and all was good!
So moral of the story, check those simple things!

I had the same problem on my Jeep. It kept stalling out and ran like crap.

Cleaned all electrical connections and tested and reset the tps. Boom, fixed.

Carburetors are so much easier!

Right. Sometimes I wish I hadn't gone EFI on the mustang.

The problem with the Jeep is it's an 87 so no check engine light or obd port to check codes. It's all multimeter testing and chasing hunches.

They have a cheap scanner for obd1 I bought one for the mustang. 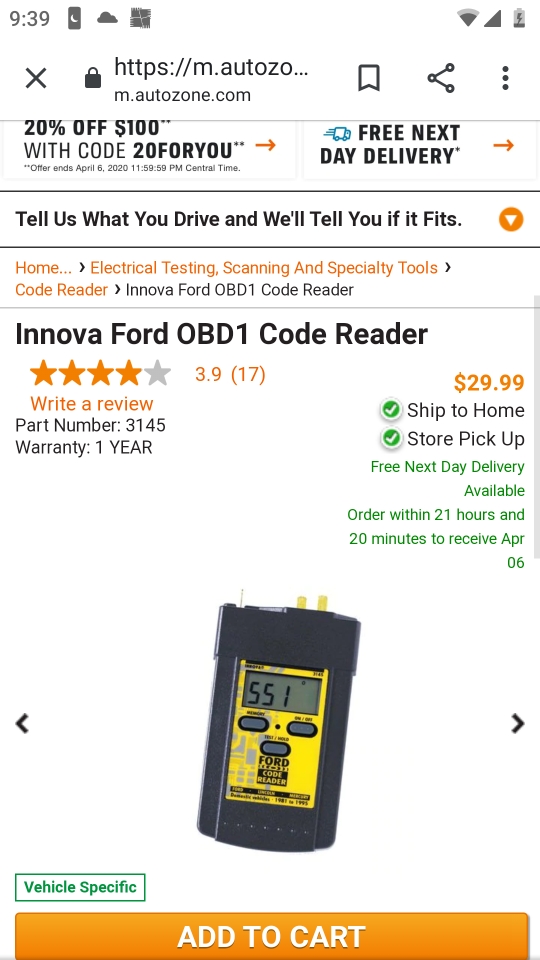