In the 1970s there was a cartoon with a turtle and Mr Wizard who would grant the turtles wish In the end the turtle would yell Help me Mr Wizard Mr Wizard would say Trizzle trazzle Does anybody remember the name of the turtle and the cartoon - trivia question /questions answer / answers
www.funtrivia.com

guruatbol said:
What radar jammer/detector are you going with? I want to put one in the Shelby.

Sent from my Pixel 2 using Tapatalk
Click to expand...

I am working with Musicar Northwest in Portland, OR for that. We will be using an Escort Max CI paired up with AntiLaser Priority jammers. It will all be built into the car including the control module. It will not be mounted on the windshield.

The car is in the skim coat of filler and blocking out stage now. Not really interesting to post pictures but I did get some pretty cool news. My body guy seems to think we may be able to get it into the BASF booth for SEMA 2020. It would be such an honor to have this thing parked next to a Chip Foose car next year. Wow!!

Another piece of good news is that the glass should be done in the next 2-3 weeks. Just in time for checking the fit before paint. Fesler is coming through for me. Thanks Chris.

For now, just need to get this thing painted then assembled.

The NorCal dude from Belgium

Your car next to Foose , that would be nice !! Good luck with it !

The NorCal dude from Belgium

68EFIvert said:
The Volvo is progressing nicely. They have started working on the gaps, the prancing moose for the air intake is done and the license plate frame that holds the radar/jammers is about to be made. I am also picking out the leather samples.

I want to get some opinions about the rear license plate frame. What font style do you prefer. I plan on naming the car Bullwinkle. 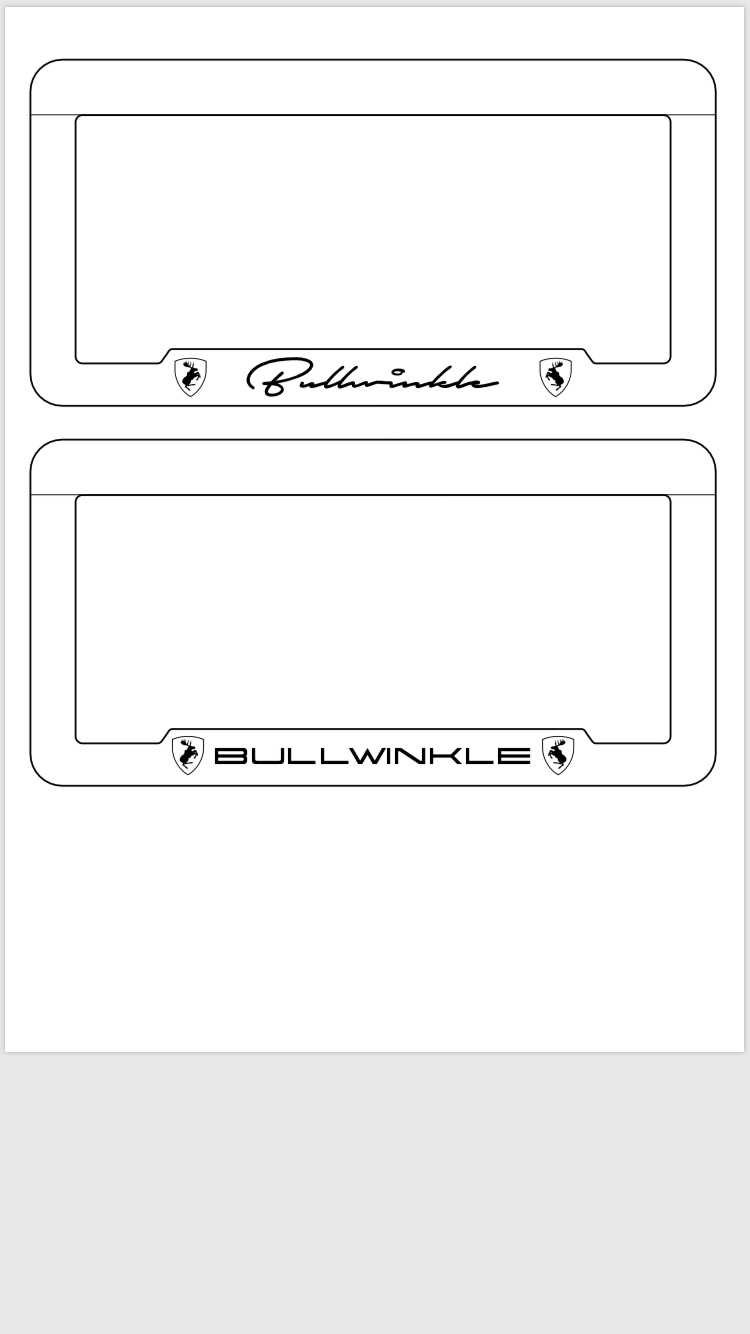 Sent from my iPhone using Tapatalk
Click to expand...

I missed this thread but want to give an european comment. I like the first frame , the "writen" bullwinkle cause its handwriten and the car is handmade.
BUT I would change the "ferrari" shield around the moose . My opinion.

Been a year since we've seen an update. I for one would like to get an update.

The car has been progressing but slower than I wanted it to. He must have close to 500 hours of sanding and perfecting the body. We are finally ready to start the painting this week. It will be the engine compartment and wheel wells before the interior and the body. The gaps are perfect and the car will be much nicer than I ever planned. These pictures are from two block standings ago. 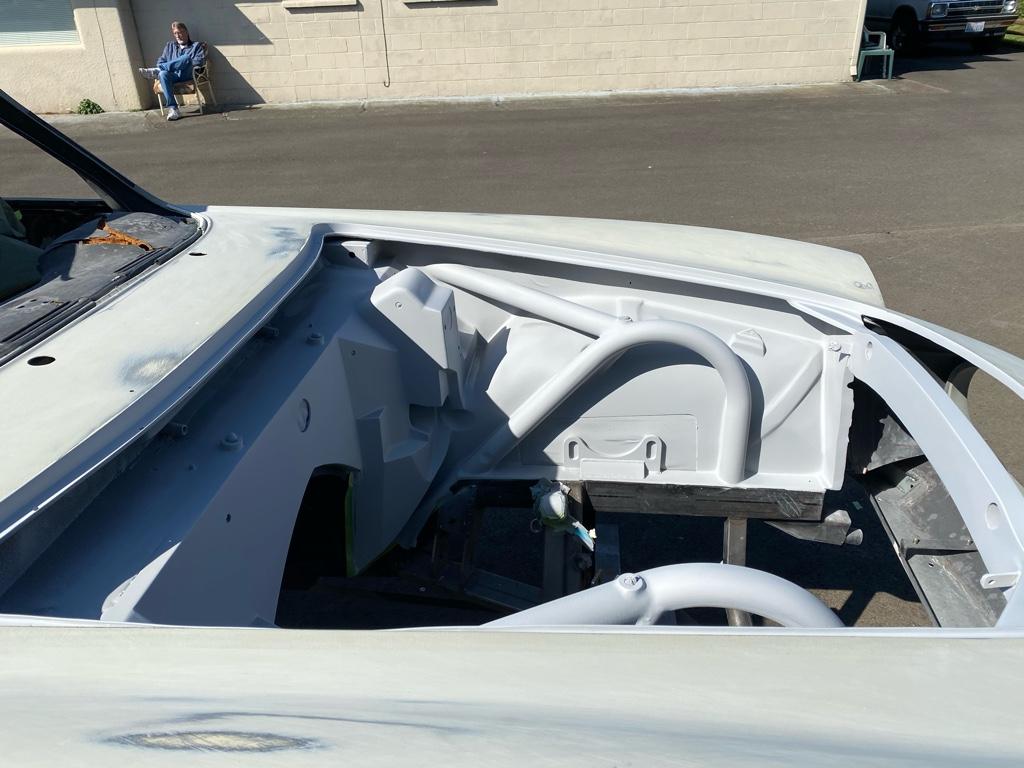 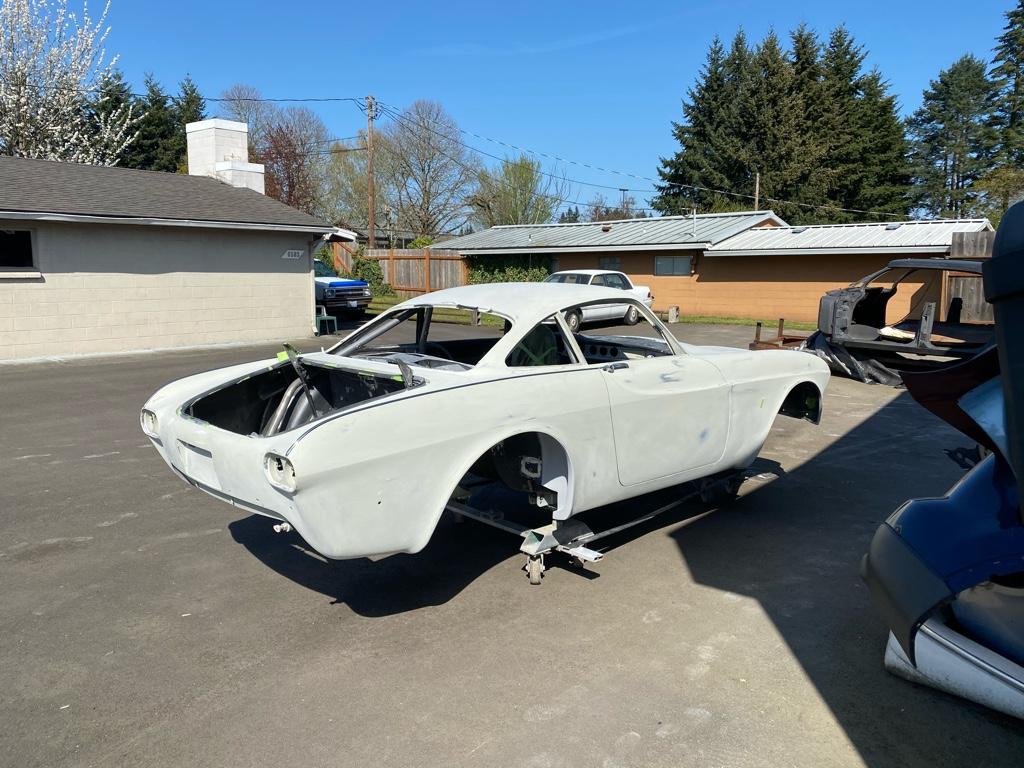 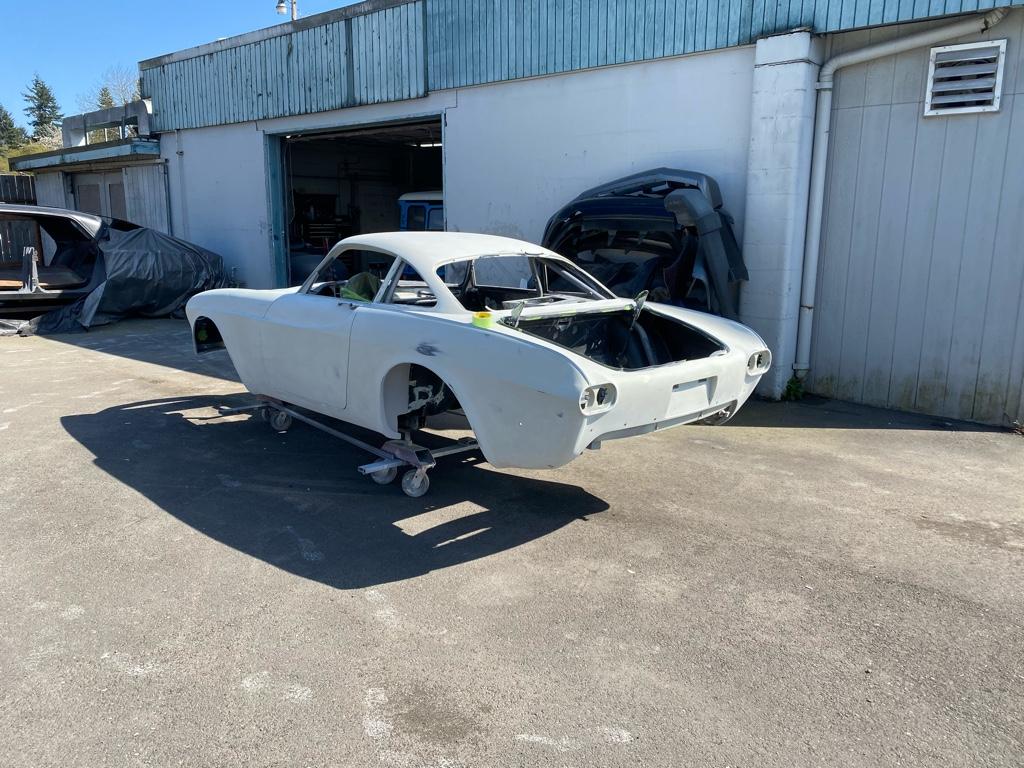 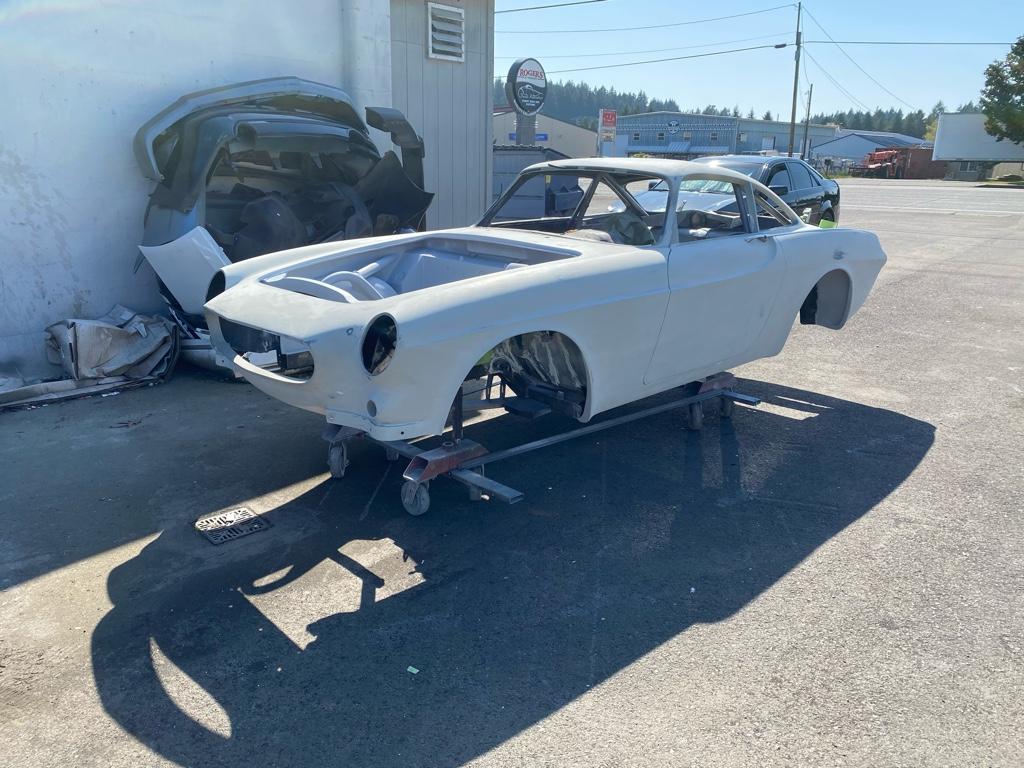 I also received my flush mount glass. That only took 3 years but it is the first set ever to be in one of these cars. It took a little work to perfect the fit but it is going to look great when painted and installed. 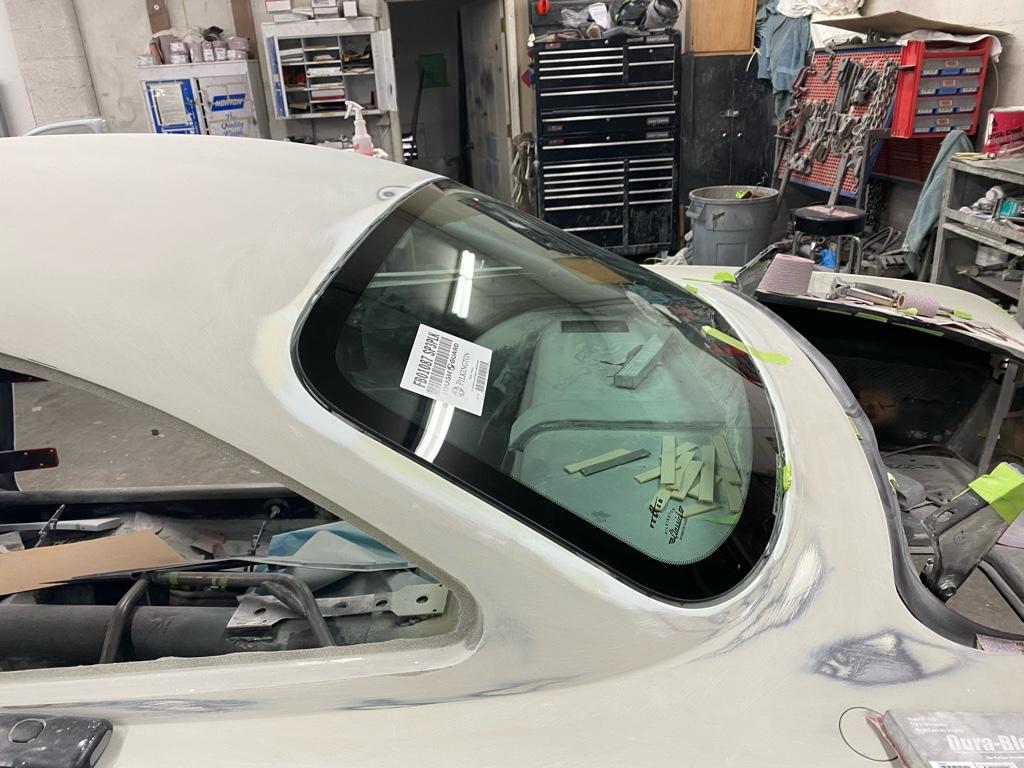 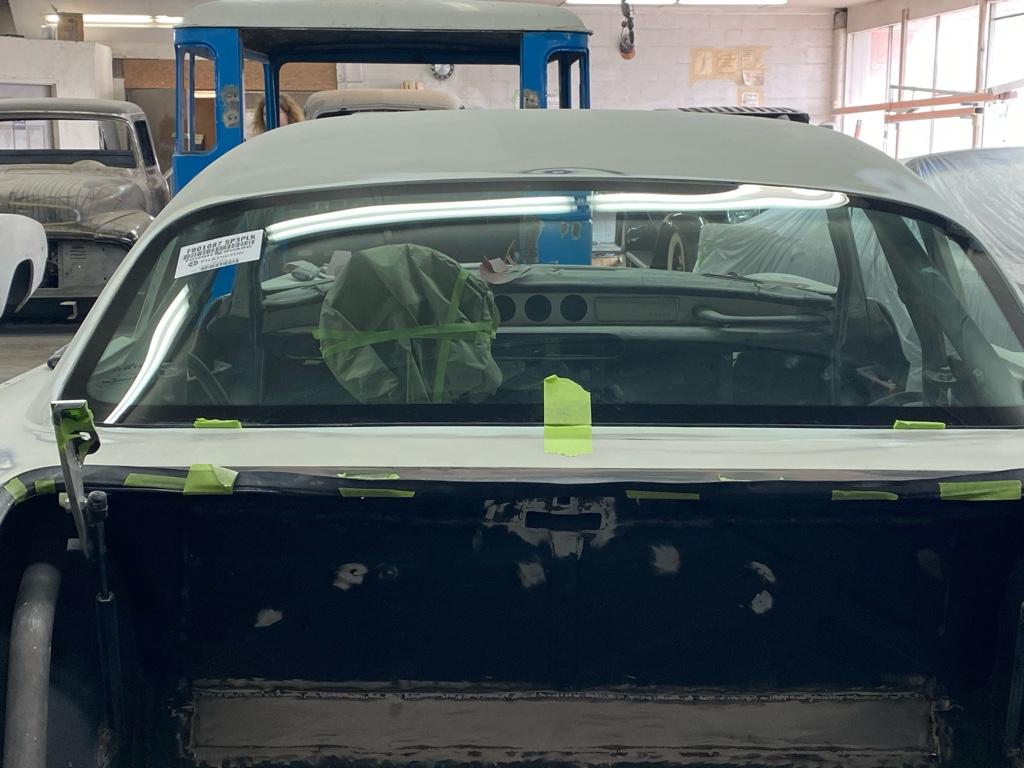 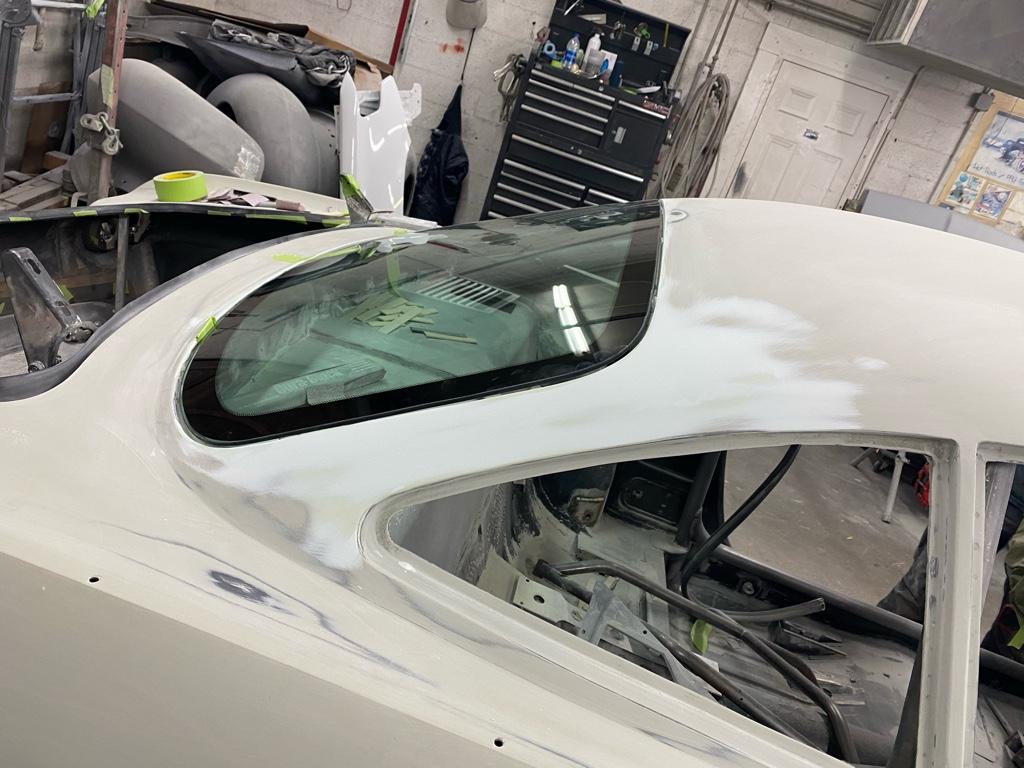 The license plate has been done for a few months and came out great. The Bullwinkle is in Porsche script and I think fits the car well. 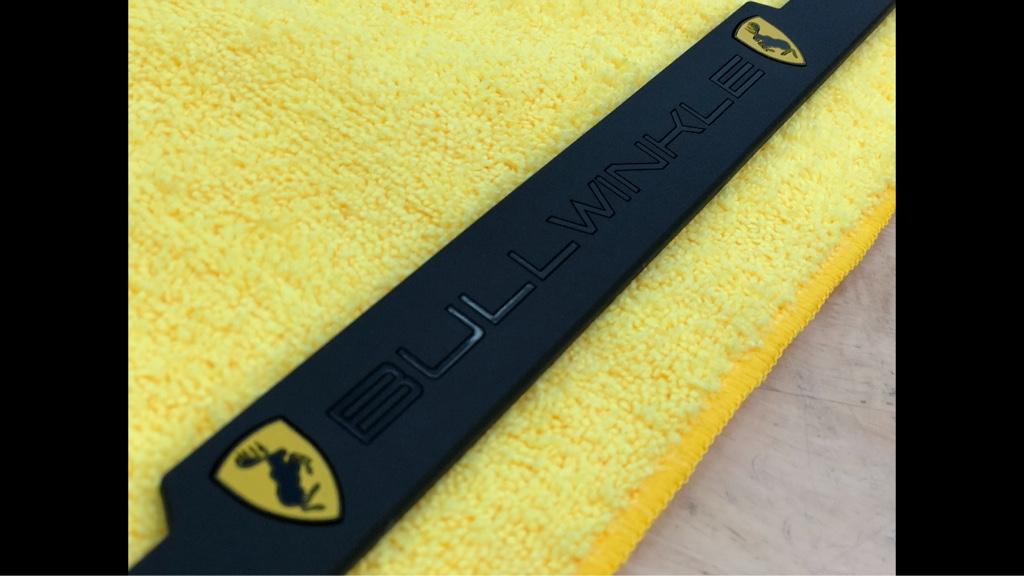 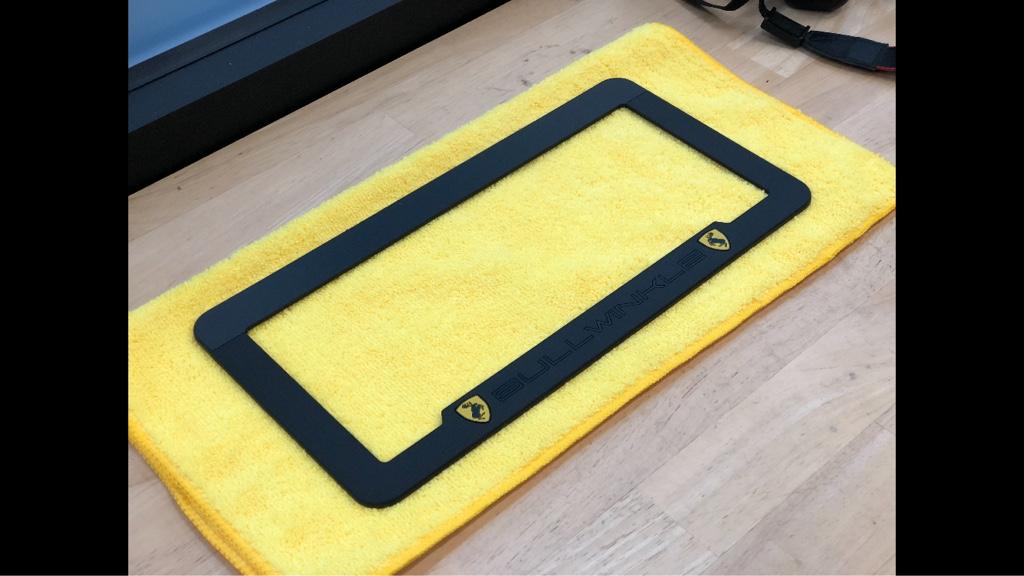 I hope to have the chrome back from Sherm’s Plating down in California in the next few weeks. It should arrive about the same time as the paint is done. After that, it comes home so that I can wire, plumb and basically create a driver.

This has been such a long process but I can say that I am happy with the car so far. It will be one of a kind. Nobody else is as stupid as I am to put this kind of effort, time and money into a Volvo.

. One it is in paint I will post more pictures. I also have a more complete build thread on Pro-touring.com if you want to see more details.

There are a few threads on here that are a take off of the Vox inspired P1800. I am new to Volvo's and was lured to them because of the beautiful lines of the cars as well as the the Vox modern interpretation of the classic. As I started to do some research about the cars 10 months ago there...
www.pro-touring.com

I've never seen one of these before. Looks like a good project.

The engine compartment will have a matte clear to add contrast to the rest of the car. The leather was getting color matched earlier in the week. A couple more weeks and this thing should be fully painted! 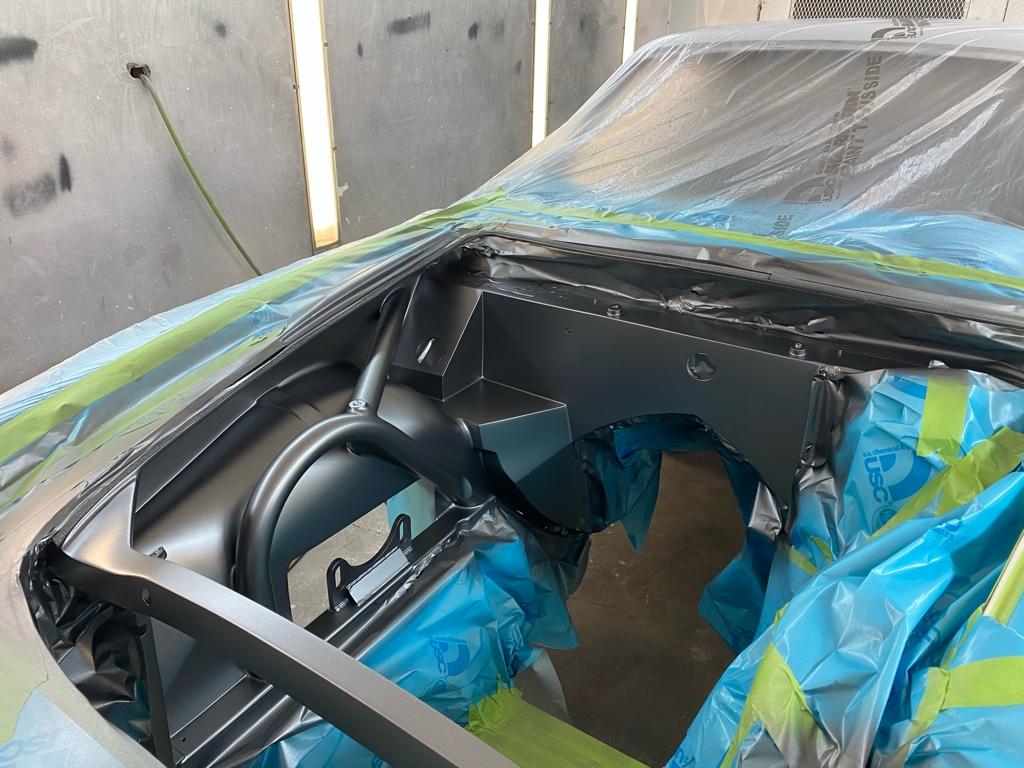 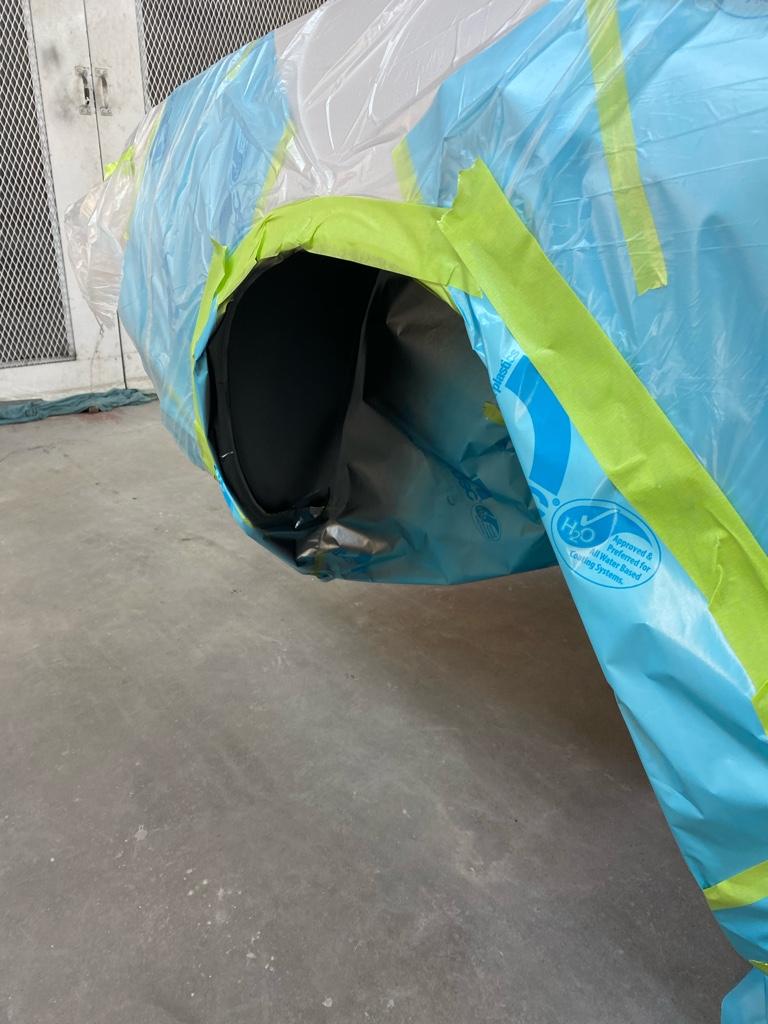 Sent from my iPhone using Tapatalk

Nice, when do you think it will be driveable?

End of the year?

We look forward to a video being posted.

You gotta be chomping at the bit to finally get it back home so you can start working on it yourself. I'd have gone crazy a long time ago in your shoes not having it in my own garage to work on. The good news, I guess, is all the hard dirty work is over and now you get the fun of bolting on all the goodies!

Wow this is an awesome car. I am excited for you. You are in the home stretch now!

The engine compartment is painted and work has started on the interior. We hope to have it painted tomorrow. The exterior could be painted by the end of next week.

Here is a snapshot of the radiator cover/ air intake with the prancing moose jewelry. The engine bay has a matte finish by the exterior will have full gloss. 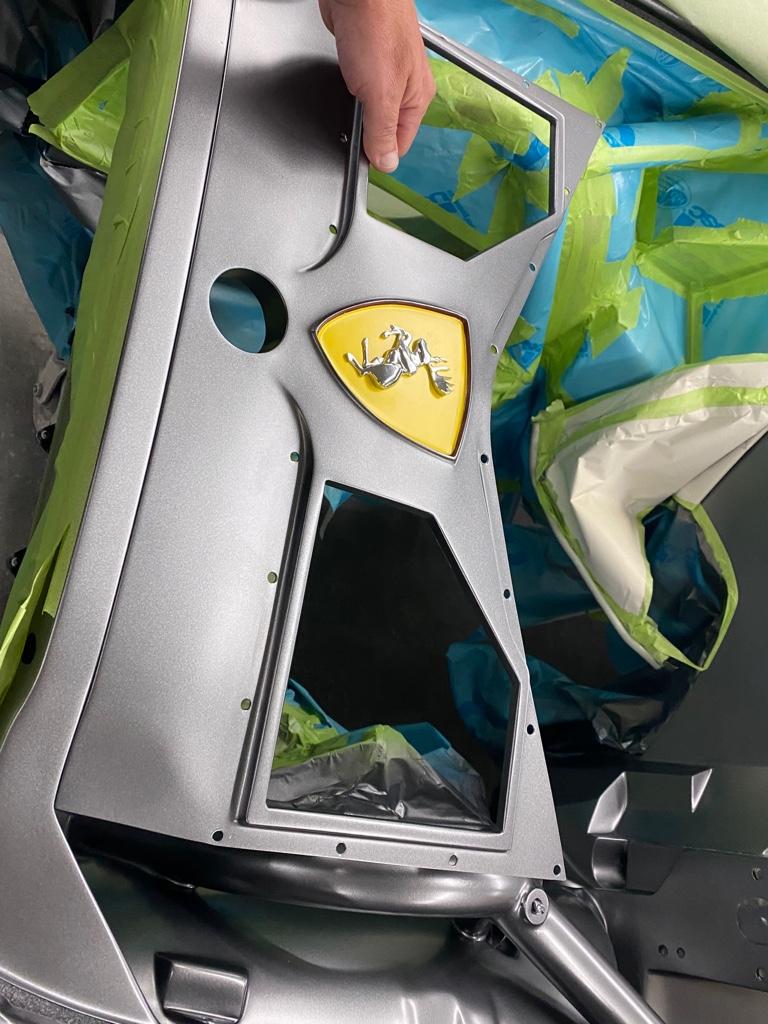 Here is a video of the paint in the sun.

The car got painted last week. Here are a couple pictures. Gonna be nice. 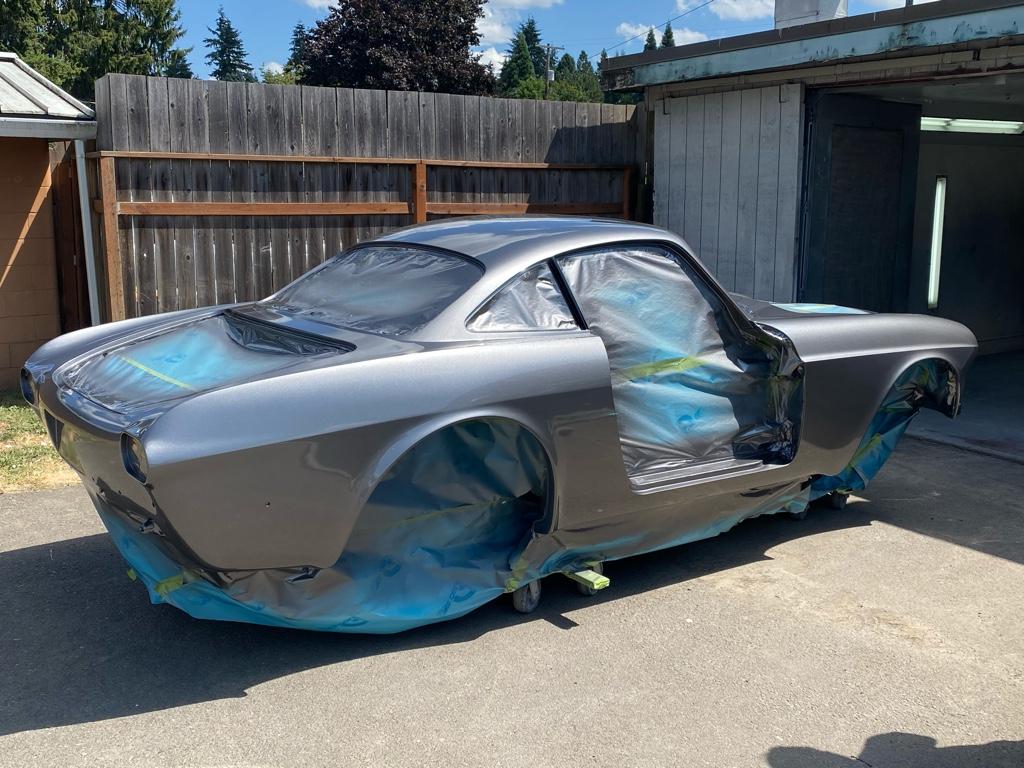 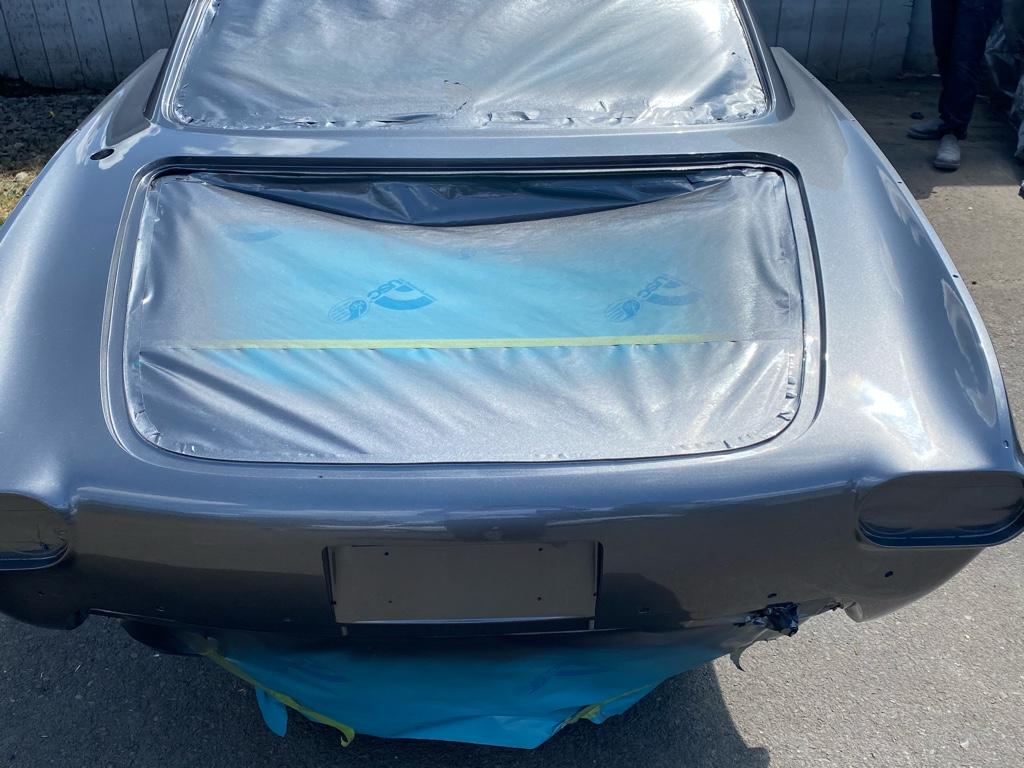 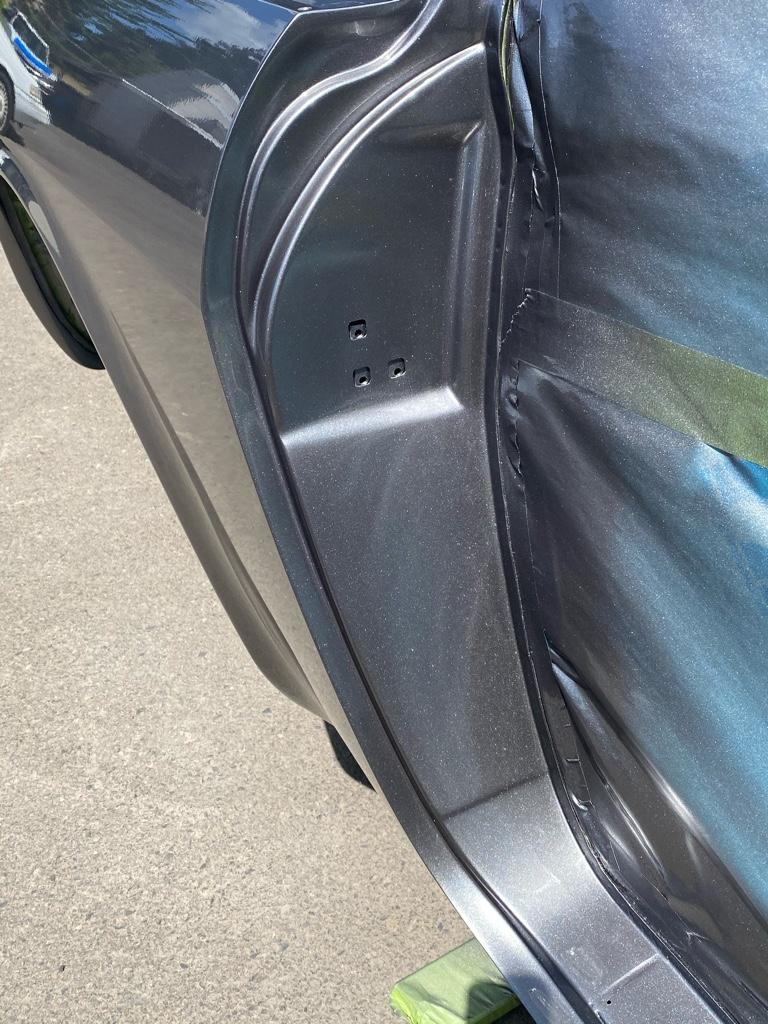 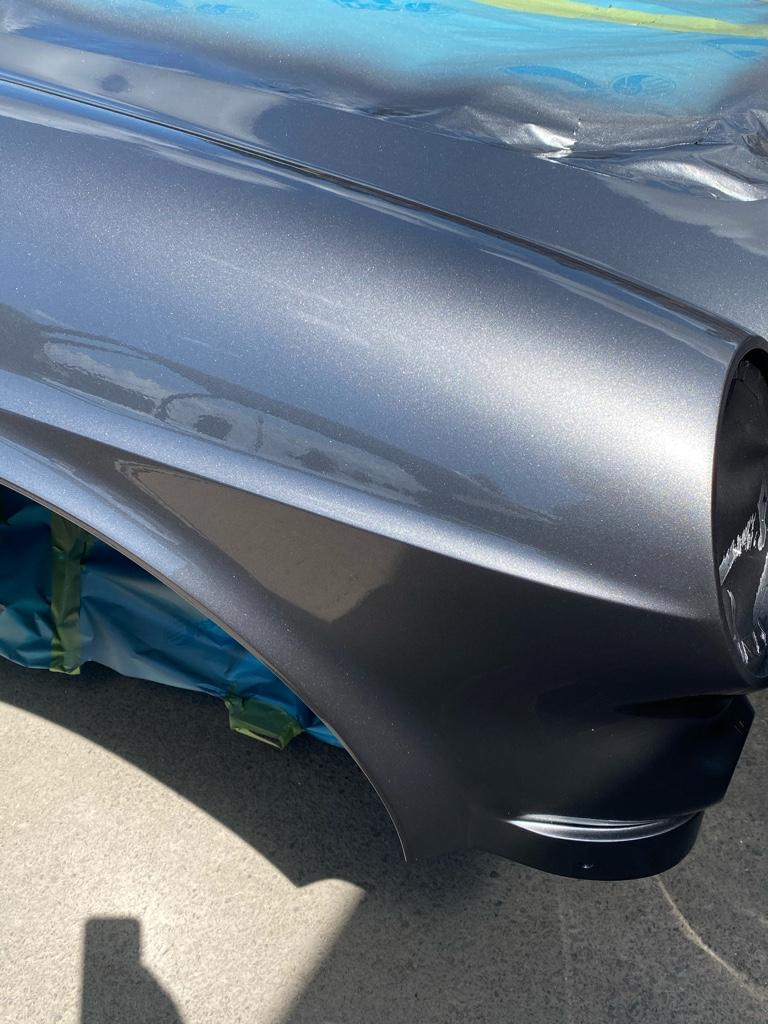 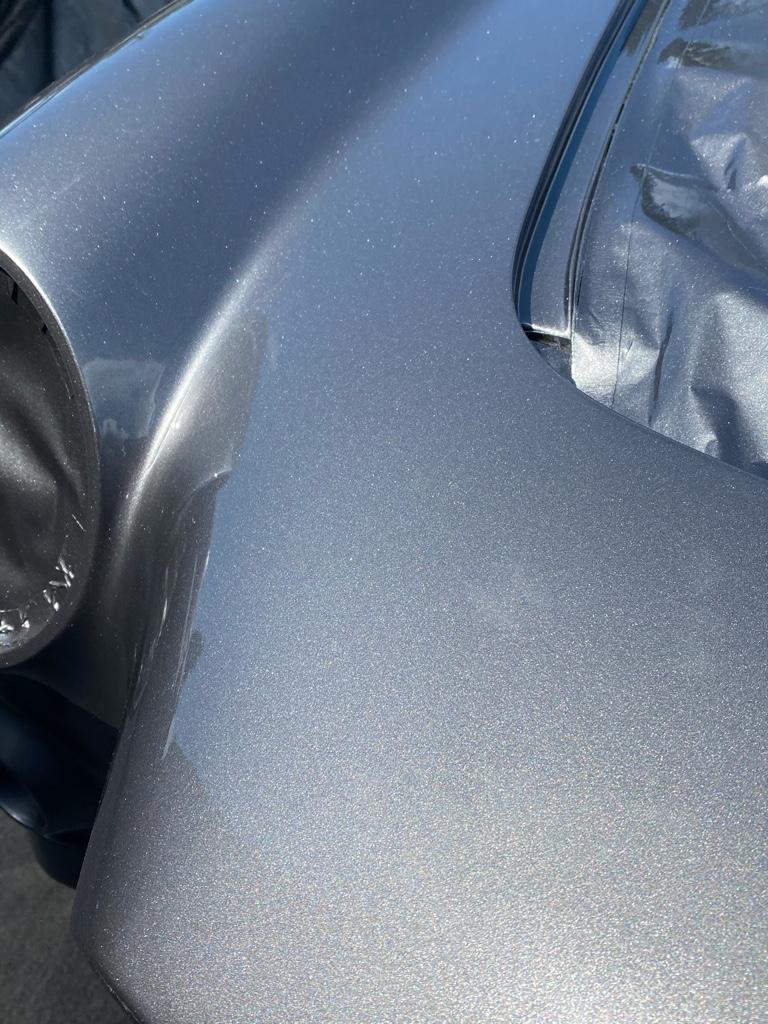 Sent from my iPhone using Tapatalk

Damn. That's is looking amazing. Can't wait to see it when it's all together.